With a flavor profile of tropical fruit, citrus, and berries, the Fruit Punch strain is utterly irresistible. Besides bursting with flavor, Fruit Punch may also help you feel more creative and social. Its purported medicinal benefits include the ability to address mood disorders, stress, pain, and fatigue. 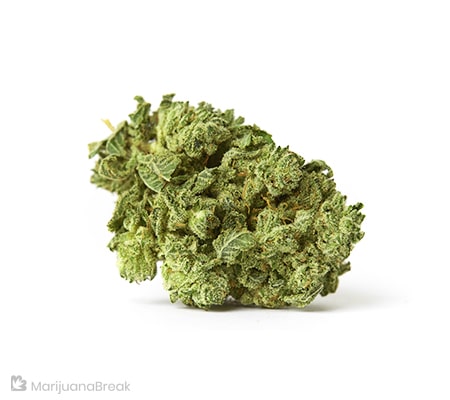 What Is the Fruit Punch Strain?

Fruit Punch weed is a strongly sativa-dominant hybrid created by Heavyweight Seeds. The breeder thought it would be fun to combine three legendary strains: Northern Lights, Haze, and Skunk #1. The result is an uplifting strain that’s a treat for the tastebuds.

In 2008, Heavyweight Seeds were overseas and were impressed with the strains they saw a local supplier working with. They persuaded the individual to give them a few cuts, which they brought to Spain. There, they created their own gene pool and started selling completely feminized and fully auto-flowering cannabis seeds.

When you think about Fruit Punch’s parent strains, it isn’t too difficult to see why the breeders chose them. Skunk #1 is a well-balanced hybrid. Haze is primarily sativa, while Northern Lights is mainly indica. Like its parents, Fruit Punch is powerful, and while it leans towards sativa, its effects are noticeable in body and mind.

Fruit Punch is a popular strain for parties as its uplifting effects can make its users feel more sociable. Typically, users experience a rush of euphoria soon after use and mildly energizing effects. Some Fruit Punch users also say that this strain makes them feel more creative.

Fruit Punch’s wonderful scent is one of its best characteristics. The fruity, berry-like aroma makes the mouth water while grinding or breaking open the buds releases earthy and piney undertones. .......

Frankly, Fruit Punch tastes almost as good as it smells! Once it hits your taste buds, you’ll think you’ve just sipped some fruit punch at a party.

On the inhale, the berry overtones, along with the citrus undertones, are a treat for the senses. There is also a wonderful mild sweetness that blends everything together perfectly.

Fruit Punch’s fluffy green buds, coupled with shades of purple, are a sight to behold. Once it is ready for harvesting, the buds have a dense coating of milky-white trichomes.

There are different varieties of Fruit Punch seeds, including feminized and auto-flowering seeds. Fruit Punch follows the typical growth pattern of a sativa-dominant hybrid in that it grows tall, up to seven feet. One issue with sativa-dominant strains is that their thin stalks and branches easily break when grown in colder climates. As a result, growers find it hard to cultivate these strains outside in such conditions.

However, Fruit Punch is much stronger and more robust than the vast majority of its fellow sativas. Although it thrives in a Mediterranean climate, it can grow well in a cooler climate like in the Northern hemisphere. Fruit Punch also adapts to sudden temperature changes and won’t break during heavy winds.

If you grow this strain outdoors, it will be ready for harvesting between late September and mid-October. Outdoors, Fruit Punch can produce up to 35 ounces per plant! Indoors, the Fruit Punch strain will flower in 7-9 weeks, yielding up to 21 ounces per square meter planted.

The highest THC content recorded in a Fruit Punch sample was reportedly 25%.

Although Fruit Punch is undoubtedly a favorite of recreational users, it has plenty of possible medical applications. Fruit Punch’s relatively high CBD content, coupled with its generous THC level and rich terpene profile, makes it an attractive option for medicinal consumers.

As is the case with most marijuana strains, especially potent ones, Fruit Punch may cause cottonmouth. In addition, you may develop red and itchy eyes. Some less common side effects include paranoia, anxiety, and dizziness.

Be the first to review “Fruit Punch” Cancel reply